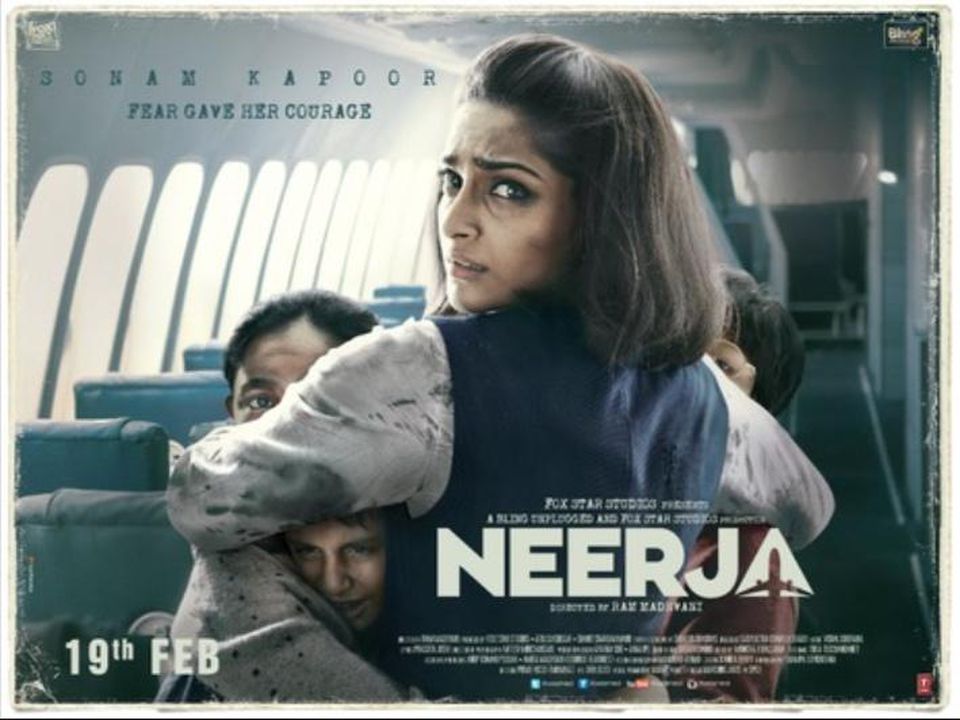 Sonam Kapoor plays Neerja, a 23-year-old who loves her job as a purser and also moonlights as a model. In spite of her glamorous profession, Neerja is a regular middle class girl from Chandigarh. There is nothing heroic about the way she’s brought up. On the contrary, her mother (played by Shabana Azmi) in a characteristic maternal anxiety always advises her to “run away when there is trouble… and compromise because you are a girl.” Her journalist father (played by Yogendra Tiku), however, goads her to not buckle under injustice, when she’s struggling to get out of an abusive marriage before she becomes an air hostess